In this week's Australia Day Awards two of Planet Ark's ambassadors - Layne Beachley and Jackie French - have been recognised for their contribution to Australia.

In this week's Australia Day Awards two of Planet Ark's ambassadors - Layne Beachley and Jackie French - have been recognised for their contribution to Australia. 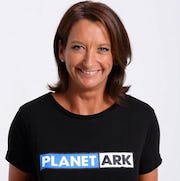 Layne Beachley AO, who was recognised with an Order of Australia, has been an ambassador for nearly ten years and has fronted multiple programs including our aluminium can recycling campaign and the ‘Cartridges 4 Planet Ark' program. 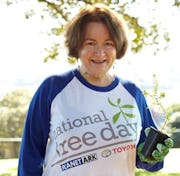 Jackie French, who was recognised as the Senior Australian of the Year, has been an ambassador for National Tree Day for the past two years. Jackie is passionate about the conservation of wildlife and the planet and is a director of The Wombat Foundation that raises funds for research into the preservation of the endangered northern hairy nosed wombat.

We congratulate both Layne and Jackie on their awards and look forward to working with them to help encourage even more positive environmental actions into the future.

Brad was Planet Ark's Head of Campaigns for 10 years. He trained and worked as a history and geography teacher before moving into the health education sector for 14 years. With a strong passion for human environments, Brad started with Planet Ark in 2007 as Recycling Programs Manager.