KeepCup, the sustainable coffee cup company, has seen unprecedented demand for its products after the recent airing of the ABC's 'War on Waste' program.

KeepCup, the sustainable coffee cup company, has seen unprecedented demand for its products after the recent airing of the ABC’s ‘War on Waste’ program.

In the last episode of the Australian Broadcasting Corporations’s War on Waste, which aired on June 3, presenter Craig Reucassel shone a spotlight on the Australian coffee industry – specifically, taking a close look at single-use coffee cups and the impact they have on the environment.

The program disclosed that of the more than 1 billion disposable coffee cups used by Australians each year, approximately 92% go to landfill. According to businessrecycling.com.au, that equates to 2.7 million coffee cups per day*. The revelation has clearly had an impact on the coffee drinkers of Australia, because in response to the program, KeepCup, Australia’s largest producer of reusable coffee cups, has seen a phenomenal surge in sales.

KeepCup co-founder and managing director Abigail Forsyth said “We knew [War on Waste] would be talking about coffee cups so we were expecting a bit of a spike, but not to this extent.  It crashed our website, and we’ve had all our cafés screaming for stock.”

KeepCup, founded in 2009, was the brainchild of Abigail and Jamie Forsyth, a brother and sister team from Melbourne, who recognised early on the negative impact of the plastic-coated paper cups ubiquitous in cafés across Australia.  Eight years later, the company sells its products in over 32 countries and counting.

Cafés are a big part of the success of KeepCup – many cafes across Australia encourage the use of KeepCups by both selling the cups and incentivising patrons to use them by offering discounts and freebies when a cup is used or purchased.  The website responsiblecafes.org, a directory set up to help coffee drinkers find cafés in their local area that will reward them for being sustainable, has also seen a surge in cafes being listed on their site – jumping from 450 to 1800 – following the airing of the episode.

Several cafes, including Perth’s Antz Inya Pantz, have gone so far as not offering disposable coffee cups at all.  Antz Inya Pantz has successfully operated in this way for over a year and estimates that in that time, they have prevented the use of 70,000 disposable cups.

KeepCup has also been receiving corporate requests, demonstrating that the shift is not just at the personal level – companies are also wanting to do the right thing.

*In fact, disposable coffee cups are technically recyclable, as they are similar in composition to milk cartons – a cardboard container with a plastic coating. However, public place and workplace recycling systems may not be geared to accept them.

If your council allows milk and juice cartons in your kerbside recycling then you can recycle disposable coffee cups at home too.  But they do need to be flattened first, to ensure they end up in the paper recycling stream. If in doubt, the golden rule is always to leave out, and the best solution is to avoid them altogether.

Positive Environment News has been compiled using publicly available information. Planet Ark does not take responsibility for the accuracy of the original information and encourages readers to check the references before using this information for their own purposes. 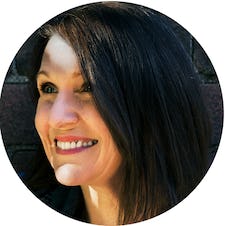 Elise is a writer, photographer, and naturopath with a passion for nature. She completed a Master of Public Health in 2017 through the University of Sydney. Her photographic work focuses on flowers and plants as a way of celebrating nature. She has been writing for Planet Ark since 2017, sharing positive environment stories, personal environmental experiences and perspectives.