The Positive Results of the War on Waste - RNY News

The Positive Results of the War on Waste

The ABC's War on Waste has taken the discussion about Australia's waste problems to new heights. And there are, already, several exciting positive outcomes with many more people looking for recycling options. It has made reusable coffee cups cool, super-sized soft plastics recycling and encouraged governments to act.

The ABC’s War on Waste has taken the discussion about Australia’s waste problems to new heights. And there are, already,  several exciting positive outcomes with many more people looking for recycling options. It has made reusable coffee cups cool, super-sized soft plastics recycling and encouraged governments to act.

Planet Ark’s RecyclingNearYou website has had a big jump in usage since the War on Waste first aired, demonstrating that people want to taking action. Website views increased by 65% compared to the same four-week period last year. The products with the most searches for a recycling option were plastic bags, followed by printer cartridges and clothing.

Responsible Cafes, an initiative that cafes can join to offer a discount to customers that BYO cup, had a massive jump in participating cafes. The number of cafes registered increased from 450 before the War on Waste to 3,000! And some cafes have even gone completely disposable-free.

KeepCup, makers of reusable takeaway coffee cups, reported a 400% increase in sales since the War on Waste! Their website had so many visitors that it crashed and the cafes they supply have been screaming out for more stock. They’ve also had to hire more staff to cope with the increased demand. 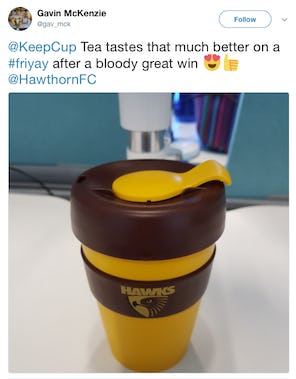 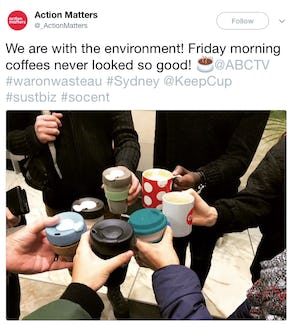 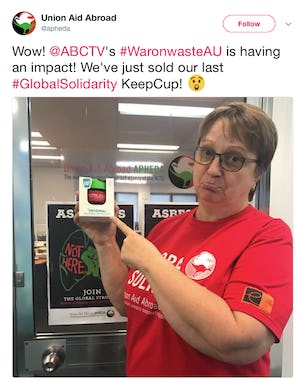 With 180 million plastic bags entering the Australian environment every year, the issue of soft plastics waste was also massive.  Again, the response from the general public was overwhelmingly positive with REDcycle recycling bins in supermarkets overflowing like never before due to an increase in the number of people dropping off their soft plastics for recycling.

RED Group, who run the REDcycle soft plastics recycling program found in participating Coles and Woolworths stores, were inundated with requests from the public to install recycling bins in their local supermarkets. Four new locations in Albury/Wodonga VIC, Gippsland VIC, Launceston TAS and Sunshine Coast QLD were just announced. RED Group is also about to launch new bins that are larger and designed to help reduce contamination. 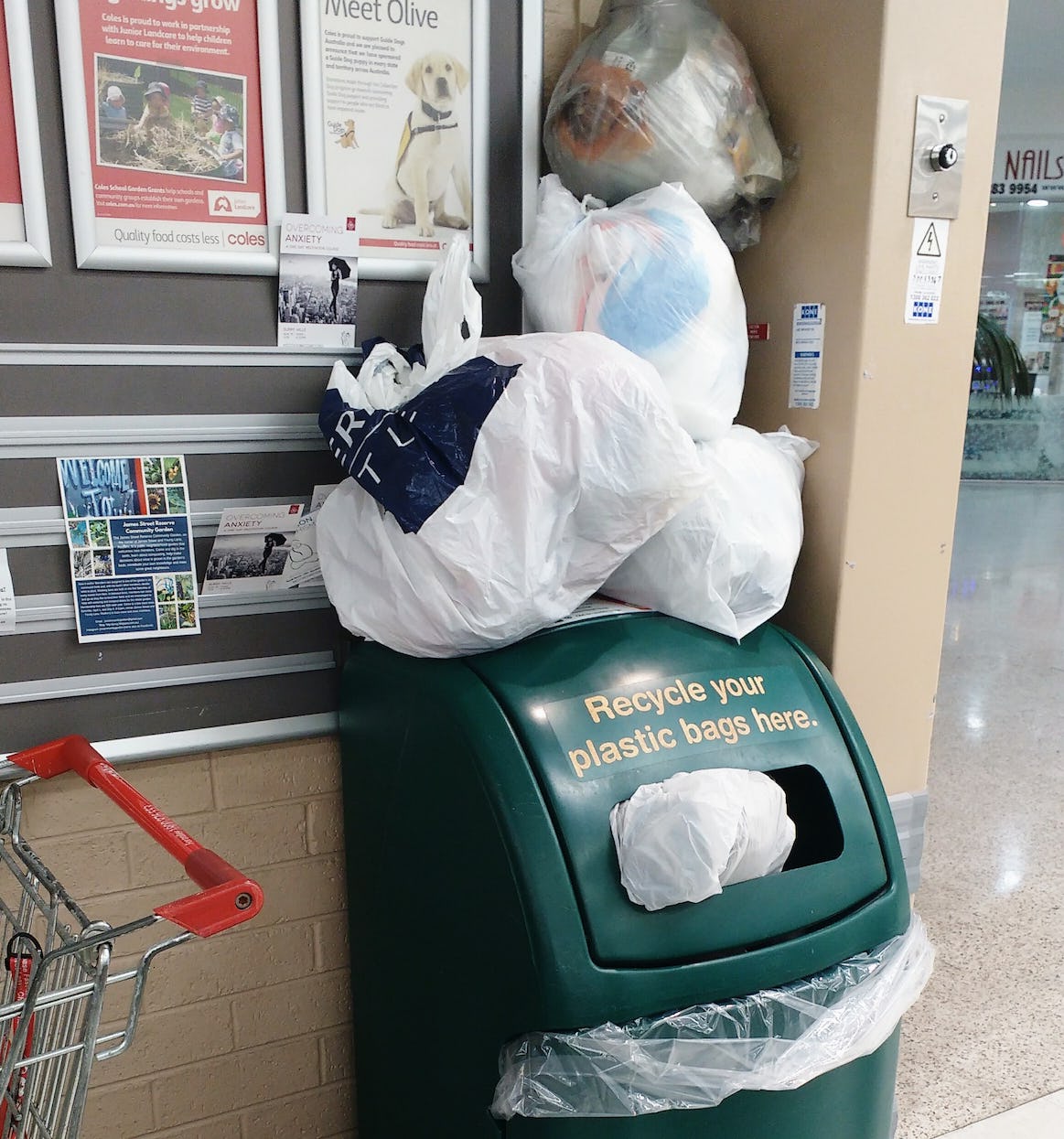 It’s not just the public taking action, it’s governments as well. Two waste initiatives recently tabled in the Queensland Parliament include a plastic bag ban and a container refund scheme. With the War on Waste raising concerns over the issue of retailers replacing the banned lighter bags with thicker bags in states with existing bag bans, the Queensland Government will look to close this loophole. The container refund scheme will help community groups fundraise whilst having an environmental benefit. Both are scheduled to come into force in Queensland in July 2018 whilst the New South Wales Container Deposit Scheme is due to roll out in December 2017.

Local governments are also leading the way in reducing waste. The City of Sydney recently announced a bold new plan to increase residential recycling and set a path to zero waste. The “game-changing” plan aims to redefine waste as a valuable resource and introduce new residential services including:

Taking Action in the War on Waste

Ryan is the Head of Circular Economy Programs at Planet Ark. After nearly a decade working in the banking and finance industry Ryan was drawn to a career in environmental conservation that saw him work in Papua New Guinea, Solomon Islands and Fiji. With a background in psychology and environmental management, Ryan’s role at Planet Ark since 2012 has been focused on developing engaging and positive environmental behaviour change programs to help organisations and households find solutions to reduce waste.